Getting Back into the Habit

How easy it is to get behind on blog posts! While our posts have not been regular on this site, please know that we have been busy working in the ministry. If you'd like to know more about what is going on in the ministry on a more regular basis, please sign up for our email newsletter (published monthly) or like our Facebook page (updated periodically).

With that said, we hope to do better with consistently posting on this site when we send out newsletters and Facebook posts.

Easter Sunday 2020 was an unusual one in that many churches met remotely or worshiped in a drive-in format. That evening and into the following morning, storms ravaged the southeastern United States, spawning 140 tornadoes stretching from Monroe, Louisiana to Seneca, South Carolina. Thirty-two people died in the storm, which caused more than $3 billion in damage.

Just before midnight on Easter Sunday, a tornado that grew in strength to EF3, and traveled just over 18 miles in 18 minutes, damaged 2,718 properties with monetary damage totaling approximately $225 million in the Chattanooga area. More than 250 structures were destroyed and 259 sustained major damage. Two people were killed; 18 were injured.

Local churches mobilized quickly, doing everything from providing food to those impacted to cutting fallen trees and tarping damaged roofs.

MNA Disaster Response staff came alongside churches to help them minister to their neighbors. At the MNA Disaster Response Warehouse, we were busy deploying supplies to locations all across the Southeast, including providing eight Sheds of Hope to Covenant Presbyterian Church in Chattanooga.

Months after the storm subsided, MNA Media Producer Don Baret traveled to Chattanooga to chronicle the relief efforts in the Chattanooga area. His first report is shown here.

Posted by Mike Kennamer at 8:28 PM

Opportunities to Give and Serve in Chattanooga

A group of PCA churches in the Chattanooga area are partnering to minister to those in the Ooltewah area who were impacted by the Easter tornadoes. This information is fairly fluid, with work days being planned most Saturdays and some work continuing through the week. If you would like to learn how you can become part of this effort through volunteering or giving, please check out Covenant Presbyterian Church's website. Much of the work is being done in the Auburn Hills Trailer Park in Ooltewah, which was devastated on Easter Sunday. Please continue to pray for the families impacted and for those who are showing Christ's love through acts of mercy.

MNA Disaster Response provided Sheds of Hope Kits that were erected in the Covenant Presbyterian Church parking lot to provide a secure location for families to store their belongings.

Posted by Mike Kennamer at 5:20 AM 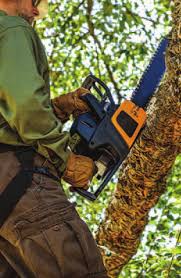 This Mission to North America chain saw training course was developed to provide disaster response volunteers with a solid foundation for safe and efficient saw operation while limbing and bucking for tree debris removal.


Safety is the most critical objective of this course. Your safety, the safety of your fellow volunteers, the safety of the public, and property protection should be a part of every plan and action you take. Careful study and practice of chain saw operations will improve your own abilities and help you identify your limitations to ensure safe saw operation.

This course is designed to rain beginning and experienced sawyers to perform and work safely and efficiently. The course has classroom sessions and hands-on field work. The classroom session will consist of presentations, Q&A, and quizzes. The field work allows students to demonstrate their safety knowledge and safely use skills with a chainsaw.

We will not fell trees as part of this class.
Registration is limited to the first 12 who sign up. Click here to register.

Posted by Mike Kennamer at 8:57 PM

Some of you have asked if there is a quick link to donate online to MNA Disaster Response TAG Region. So here you go... 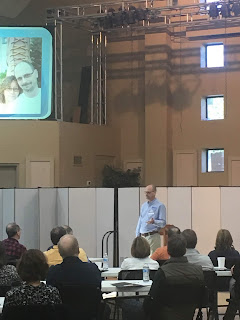 helping those impacted by natural disasters? Then sign up today for a training session to be held at the Charles H. Jones Family Disaster Response Warehouse in Rome, Georgia. The training will be led by TAG Region Specialist, Mike Kennamer and MNA Second Career RV Specialist Gregg Noll, and will include such topics as:
The training is open to anyone at no cost. The training will begin promptly at 9 am and will conclude by 3 pm (Eastern time). Doors open at 8:30 am.

Follow this link to register: https://october5rometraining.eventbrite.com
Advanced registration is necessary to assure that we have an accurate count for materials and for lunch.

Posted by Mike Kennamer at 9:28 PM

The January 2019 newsletter has been released. Be sure to check out updates on the MNA Disaster Response Warehouse, the TAG Region Response Trailer, Second Saturday Service Days at the Warehouse, and upcoming training sessions.

Click on Newsletter in the menu above or subscribe to our newsletter using the subscription form to the right of this page.
Posted by Mike Kennamer at 7:00 PM

Create your own user feedback survey